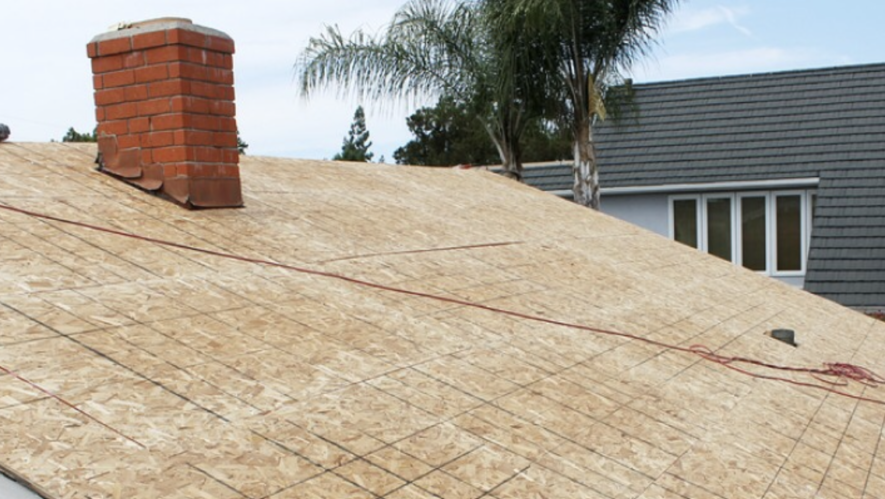 How Middleman Contractor Jobs Are Ran

“Complete shock” was Steve Jackson’s response after returning home from work only to realize the roofing contractor he had hired was not working on his home as promised.

“I could not believe my eyes! It’s almost dark, where is the crew?!

It was shortly after 6pm when Steve pulls into his driveway to see his entire roof had been removed down to the decking, with no roofers in site.

Aparantley the general contractor had sent out a subcontracted crew who had torn off the old roof and then left in the middle of the job.

When It Rains It Pours!

True to Texas, there was a massive storm that night, which flooded the interior of home causing an estimated $36,000 in damages to the sheet rock, insulation and flooring.

The general contractor, who had avoided hundreds of calls during the night and all the following day, returned Steve’s call later the next night, only to admit that since he had already been paid most of the money upfront by Steve, that he had used that money to finish yet another job that he had sold approximately 45 minutes away.

The contractor admits that he did see the calls and did receive the voicemail messages left by Steve but after hours of searching he could find a crew to go back out to cover the roof.

The crew that had started the job was not answering his calls and he was not a roofer and could not do the work himself.

When asked why he did not at least cover and protect the open roof before he left, he had no response. When confronted with the massive flooding damages upwards of $36,000, he hung up the call and disconnected his number.

No Laws Were Broken

Believe it or not, no laws have been broken. Authorities later told Steve that they see this issue all the time with over extended General Contractors and that their is really nothing they can do from a broken law stand point. That Steve would have to sue the contractor and fight him in court.

Now Steve has to spend more money attempting to get back $36,000 in damages from a contractor that cannot even afford to fund one job correctly.

General Contractors, Insurance Claims Specialists, Storm Restoration Companies, are all middleman companies that do not do the work themselves.

Their only goal is to convince homeowners to allow them to take over their insurance claims so they can sub-contract the work out to a crew and keep the left over money for themselves.

This is the very reason why homeowners should always buy direct and avoid middleman contractors.

The middleman is not a roofer, he cannot do the work himself.

In Steve’s case, trusting a middleman General Contractor with his roof was a $36,000 mistake.

At most, General Contractors should only be trusted with the smaller projects, (window screens, fencing, painting, etc). Those items do not actually require hands on knowledge because there is not really a lot that go wrong. The roof on the other hand could cost you thousands and should be left to an actual roof specialist.

If you need new gutters, find a gutter company that only installs gutters. Do the same for windows, fencing, etc….

It may sound like a lot of work, but really it’s only a couple of phone calls. In the end its better service, better communication, and usually a third of the cost of hiring a middleman General Contractor who’s making money for doing nothing.

Asking For a Deposit Is A Huge Red Flag

Any contractor asking for a deposit is a bad sign. No legitimate contractor should expect for a homeowner to trust them enough to hand over any money before the work is 100% complete. I wouldn’t even trust my own family members with that. That’s just bad business 101.

This was actually Steve’s second bad experience with a contractor. He had hired a contractor just 6 years prior to this event and lost all of the money. This particular contractor also demanded to be paid a large deposit upfront only to disappear with the money.

This was against the Law. The contractors face actually appeared several months later on the local news accused of stealing a total of 1.5 million dollars in insurance checks from DFW homeowners within a one year period. All taken by deposits.

When we asked Steve why he had paid another contractor a deposit upfront before the work was done, he said that every single contractor that he had visited with had all wanted a deposit, so it didn’t seem out of place at the time.

Now Steve knows its because 90% of the General Contractors working in the DFW area today are middleman companies after everyone’s insurance claim. They are not hands on shingle roof installers with their excellent reputation and the homeowners best interest in mind.  Buyer Beware.